In 2013, Chinese President Xi Jinping unveiled what would come to be known as the Belt and Road Initiative (BRI)-a global development strategy involving infrastructure projects and associated financing throughout the world, including Asia, Africa, the Middle East, Europe, and the Americas. While the Chinese government has framed the plan as one promoting transnational connectivity, critics and security experts see it as part of a larger strategy to achieve global dominance. Rivers of Iron examines one aspect of President Xi Jinping's "New Era": China's effort to create an intercountry railway system connecting China and its seven Southeast Asian neighbors (Cambodia, Laos, Malaysia, Myanmar, Singapore, Thailand, and Vietnam). This book illuminates the political strengths and weaknesses of the plan, as well as the capacity of the impacted countries to resist, shape, and even take advantage of China's wide-reaching actions. Using frameworks from the fields of international relations and comparative politics, the authors of Rivers of Iron seek to explain how domestic politics in these eight Asian nations shaped their varying external responses and behaviors. How does China wield power using infrastructure? Do smaller states have agency? How should we understand the role of infrastructure in broader development? Does industrial policy work? And crucially, how should competing global powers respond? 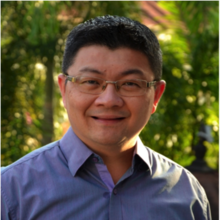 Cheng-Chwee Kuik is Associate Professor and Head of the Centre for Asian Studies at the National University of Malaysia (UKM)’s Institute of Malaysian and International Studies (IKMAS). He is concurrently a Non-Resident Fellow at the Foreign Policy Institute at Johns Hopkins University.

Previously, Kuik was a Postdoctoral Research Associate at the Princeton-Harvard China and the World Program. His research focuses on the foreign policy behavior of weaker states, Asian security, China-ASEAN relations, and Southeast Asian international relations. He served as Head of the Writing Team for the Government of Malaysia’s inaugural Defence White Paper (2020). His publications have appeared in peer-reviewed journals such as the Journal of Contemporary China, Contemporary Southeast Asia, Chinese Journal of International Politics, and Asian Politics and Policy, as well as edited books. Kuik’s essay, “The Essence of Hedging,” won the biennial 2009 Michael Leifer Memorial Prize by the Institute of Southeast Asian Studies (ISEAS) for the best article published in any of the three ISEAS journals. He is co-author (with David M. Lampton and Selina Ho) of Rivers of Iron: Railroads and Chinese Power in Southeast Asia (University of California Press, forthcoming) and co-editor (with Alice Ba and Sueo Sudo) of Institutionalizing East Asia (Routledge, 2016).

He holds an M.Litt. from the University of St. Andrews and a Ph.D. from the Johns Hopkins University School of Advanced International Studies (SAIS).