"Just Not in the Neighbourhood: China's Views on the Application of the Responsibility to Protect in the DPRK" - by CWP Alum Courtney Fung

Much has been written about China's active engagement and progressive approach to the “responsibility to protect,” a norm that reframes state sovereignty not as a right but as a responsibility. China's response to the “Report of the UN Commission of Inquiry on human rights in the Democratic People's Republic of Korea (DPRK),” which invokes the norm, however, challenges existing literature. China flatly refuses to uphold the responsibility to protect in the case of the DPRK, despite using previously supported standards to invoke the norm elsewhere and the report's dozens of consensual recommendations. This article is the first to systematically investigate how China has responded to the report. It shows that China's responses are shaped by its exceptionalism and concerns that the responsibility to protect could lead to regime change. I conclude with implications for the broader question of China's engagement with international norms in its near abroad. In my discussion, I draw on interviews with Korean and Chinese foreign policy elites, UN and US officials and DPRK human rights advocates, as well as primary and secondary documents. 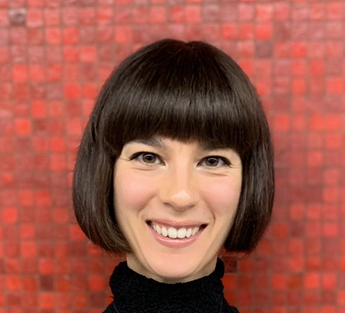 Dr. Courtney J. Fung is an assistant professor of International Relations and concurrently an associate-in-research at the Fairbank Center for Chinese Studies at Harvard University and an associate fellow in the Asia-Pacific Programme at Chatham House/The Royal Institute of International Affairs. Her research focuses on how rising powers, like China and India, address the norms and provisions for a global security order.  She is particularly interested in how status affects these states as they address United Nations peacekeeping, intervention, and emerging norms, like the responsibility to protect.  Her 2019 Oxford University Press book explains China's varied response to intervention at the United Nations Security Council.  Her research was most recently supported by a Hong Kong Research Grants Council Government Research Fund grant (GRF) and a Hong Kong Research Grants Council Early Career Scheme (ECS) award.  Prior research funding included grants from the Konosuke Matsushita Memorial Foundation and the Scaife Foundation.