How does state structure affect responses to globalization? This article examines why some parts of the Chinese state enacted more liberalizing policies than others in response to World Trade Organization (WTO) entry. It shows that, despite single-party rule, China’s WTO-era policy trajectories were neither top-down nor monolithic. Instead, central and subnational governments diverged in their policy responses. The study identifies three competing economic strategies from which these responses are drawn: market-replacing (directive), market-shaping (developmental), and market-enhancing (regulatory). The analysis uses an original dataset of Chinese industry regulations from 1978 to 2014 and employs machine learning methods in text analysis to identify words associated with each strategy. Combining tariff, industry, and textual data, the article demonstrates that the divergent strategies adopted by central and subnational governments are driven by each unit’s differential accountability to the WTO and by the diversity of that unit’s industrial base. 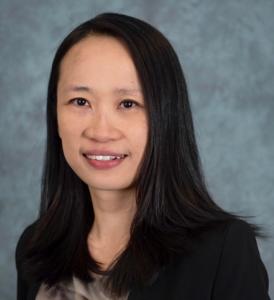 My research interests lie at the intersection of international and comparative political economy, with an emphasis on China and the developing world. Two broad questions define my research agenda. First: how do the rules of globalization affect politics within authoritarian regimes such as China, given that these rules require increasingly far-reaching modifications to domestic institutions? Second, how do authoritarian regimes affect rule-making at the international level?

I am also a non-resident scholar at the UC San Diego 21st Century China Center and a Fellow of the World Economic Forum's Council on the Future of International Trade and Investment. From 2017-18, I was a post-doctoral fellow at the Princeton-Harvard China and the World Program at Princeton University

My work has been published in Comparative Political Studies, Governance, the China Journal and Global Policy. I am co-author of China Experiments: From Local Innovation to National Reform (Brookings Institution Press) and co-editor of Asia’s Role in Governing Global Health (Routledge). My latest book, which examines the impact of WTO entry on China’s domestic institutions and policies, is forthcoming with Cornell University Press’ Studies in Political Economy Series.