In its long history, China has deployed substantial naval power, but only episodically. It never faced sustained naval threats, so the country’s maritime frontier was not a perennial strategic concern. But in more modern times, seaborne pressures from the Western powers and Japan became unremitting. Foreign navies even sailed deep into the country’s interior, establishing “treaty ports” hundreds of miles from the coast. This ended with the establishment of the People’s Republic of China in 1949. Still, even though Western naval power was pushed offshore, seaborne forces nearby could attack China with impunity. This rankled, but what to do? In 1965, Marshal Lin Biao (perhaps Chairman Mao’s closest comrade in arms) looked to the earlier defeat of Japan by the once-tiny People’s Liberation Army (PLA) to ask, “How was it possible for a... 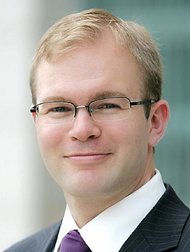 Dr. Andrew S. Erickson is a Professor of Strategy (tenured full professor) in the U.S. Naval War College (NWC)’s China Maritime Studies Institute (CMSI). As a core founding member, he helped to establish CMSI and to stand it up officially in 2006, and has subsequently played an integral role in its development. CMSI has inspired the creation of other research centers, to which he has provided advice and support. Erickson is currently a Visiting Scholar in full-time residence at Harvard University’s John King Fairbank Center for Chinese Studies, where he has been an Associate in Research since 2008. Erickson is also a member of the Council on Foreign Relations.