HOW AND WHY DO SMALLER STATES RESPOND TO BIG POWER-BACKED infrastructure connectivity cooperation differently from each other? This special issue addresses these questions by focusing on Southeast Asian states’ responses to China’s Belt and Road Initiative (BRI).1 Addressing these questions has become significantly more important, given the intensified US-China rivalry and shifting international order across the high- and low-politics chessboards amid the ongoing COVID-19 crisis (Medeiros 2019; Friedberg and Boustany 2020; Jones 2020; Kuik 2020a, 2021a; see also the Asian Perspective special issue “Power, Narratives, and the Role of Third Parties: Understanding Power (Shift) in East Asia,” vol. 43, no. 2 [2019]). As the United States and its allies push against China at sea and through a multidomain “decoupling” strategy, China has responded with a “dual circulation” policy to maximize the synergies between domestic and international markets. This will elevate the BRI’s role in propelling connectivity building. Both the US and Chinese strategies will impact smaller states profoundly.

We focus on Southeast Asian responses for three reasons. First, as a region adjacent to China where Chinese influence is long-standing and institutionalized (Hiebert 2020; Shambaugh 2020; Tang et al. 2020), Southeast Asia has been a prioritized target since Beijing launched the BRI in 2013 (Arugay 2017; Ba 2019; Jones and Zeng 2019; Li 2020). In October that year, Chinese president Xi Jinping chose Indonesia as the venue to announce the 21st Century Maritime Silk Road, the maritime prong of the BRI, a month after he had announced the Silk Road Economic Belt, the overland component of the BRI. In 2020, as the world battles the COVID-19 pandemic, the China-backed infrastructure projects are still ongoing across Southeast Asia, albeit at a slower pace than before the global crisis. Second, China’s BRI presence in Southeast Asia is not only among the most concentrated such presence in the world but also among the most wide-ranging, covering numerous types of [End Page 255] infrastructure and connectivity building. Some projects predated the BRI; others were initiated after 2013 (Jones and Hameiri 2020; Kuik 2020b). Most are bilateral ventures, but some may evolve into cross-border collaborations (Lampton, Ho, and Kuik 2020).

Third, and most important, the Southeast Asian states’ BRI responses have clear variations. While some have engaged the BRI enthusiastically (Brunei, Cambodia, Laos, Malaysia, Singapore), others have reacted more cautiously (Indonesia, Thailand) or have kept their distance (Vietnam, Philippines under Benigno Aquino III, Myanmar under Thein Sein). Several have shifted positions—in both directions—under different leaderships (e.g., Philippines under Rodrigo Duterte, Myanmar under Aung San Suu Kyi, and, to some extent, Malaysia under the second Mahathir Mohamad administration). 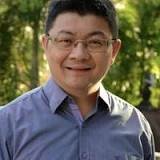 Bio: Cheng-Chwee KUIK is Associate Professor and Head of the Centre for Asian Studies, Institute of Malaysian and International Studies (IKMAS), National University of Malaysia (UKM). He is concurrently a Non-resident Fellow at the Foreign Policy Institute, Johns Hopkins University. Previously, Cheng-Chwee was a Postdoctoral Research Associate at the Princeton-Harvard “China and the World” Program. Dr. Kuik’s research concentrates on smaller state foreign policy, Asian security, and international relations, with a focus on developing five building blocks of theorizing non-big powers’ external policy choices: ambiguities of alignment, dualities of development, multifaceted middlepowership, lure of legitimation, and trinity of trade-offs. His publications have appeared in peer-reviewed journals and edited books. His essay, “The Essence of Hedging”, won the Michael Leifer Memorial Prize awarded by the Institute of Southeast Asian Studies. Dr. Kuik serves on the editorial boards of Contemporary Southeast Asia, Australian Journal of International Affairs, and Routledge’s “IR Theory and Practice in Asia” Book Series. He holds an M.Litt. from University of St. Andrews and a PhD from Johns Hopkins University. He can be contacted at [email protected]